This blog is the third in a three part series discussing practical considerations for coaching female athletes. The information shared in these blogs is a combination of scientific research, and my thoughts and reflections since becoming involved in a coaching role with female athletes. In part 1 of this series I discussed the broad bio-psycho-social differences between male and female athletes, while in part 2 I considered how I have modified my coaching behavior based on these differences. In this blog (part 3), I will discuss some of the practicalities of training prescription for female athletes. I must admit that I am somewhat relieved to get back onto familiar ground discussing training science, and leave the murky world of psycho-social theory behind for now!

My current role is within the newly formed RFL Women’s Super League, which is the first national rugby league competition in the UK. From a strength and conditioning perspective, the first step in the design of any training programme is to conduct a thorough needs analysis(1). To do this you need to understand the physical attributes that players within the game possess, and the demands that the game places on them. The only research detailing the physical abilities of female rugby league players was produced by researchers from our university and details the physical characteristics of an elite player squad from 2014(2). In comparison, my players are notably taller, stronger and more explosive than the ‘elite’ players in the 2014 sample, so clearly the game has moved on. There is no research that has examined the movement demands of women’s rugby league, but since it looks like the men’s game we can probably assume that success depends on both high-intensity running ability, and the ability to dominate collisions(3). Therefore rugby league players need to be both aerobically fit and strong/powerful (although its still unclear how fit and how strong they need to be!)

The challenge in developing both of these physical qualities simultaneously is that endurance training blunts the effect of strength training, this is know as the concurrent training effect(4) (Figure 1). Rugby strength and conditioning coaches from both codes will be familiar with this effect, and apply strategies to try to mitigate its effects(5). Despite this being a very well-known phenomenon, there is no research available to describe the concurrent training effect in females (you might be starting to see a pattern here?). What is clear is that because of the absence of testosterone in females, strength training results in smaller gains in lean body mass(6). This means that when female athletes stop strength training, they will lose their gains much faster than their male counterparts. On the other hand, its also been demonstrated that when females are exposed to regular strength and power training it is possible to improve strength and power during a competitive season(7). What seems to be important here is the frequency of training. Small breaks in strength training affect female strength levels more than they do males. This is why in our program, come hell or high water, bye weeks or cup weeks, the presence of strength training is non-negotiable! 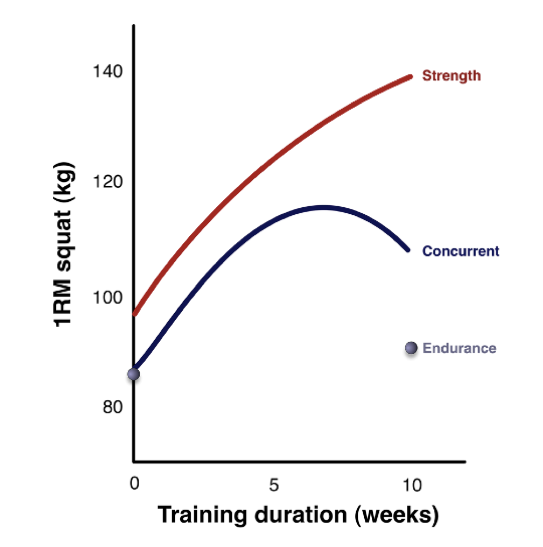 An additional consideration when working with female athletes is the increased risk of lower limb injury, particularly ACL injury(8). I previously explained where some of this risk comes from in part 1, but I’ll explain how we manage this risk here. There is compelling evidence available to show that injury risk is substantially reduced when female athletes engage in regular neuromuscular and proprioceptive balance training(9). This reinforces the value of regular strength training within the program because it benefits injury prevention, as well as sports performance. In addition, plyometrics (both uni- and bilateral), dynamic balance and running mechanics are staples within our training program, and all feature prominently within the weekly schedule. While we are always looking to improve, thus far our injury outcomes have been pleasing. 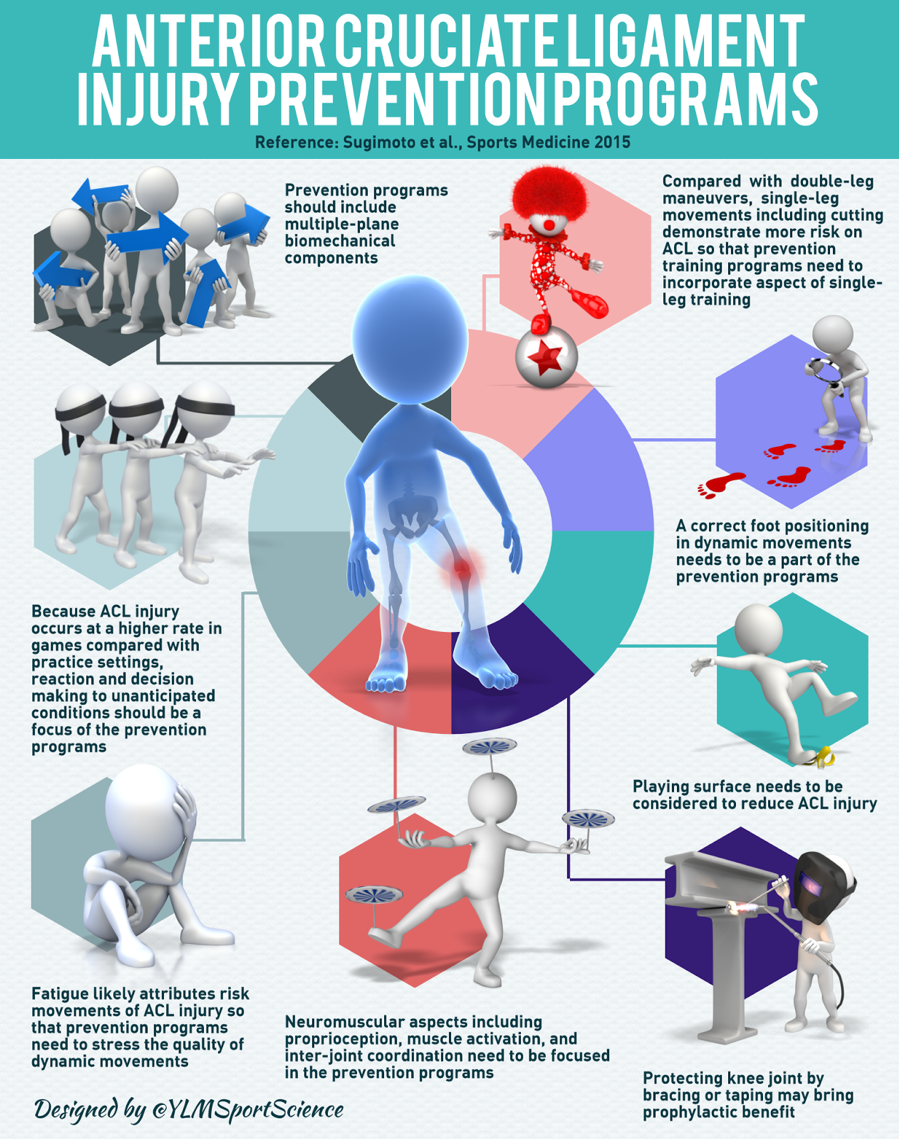 The final component of our training program that I would like to discuss is exercise selection. We base our exercise selection broadly on the Athletic Motor Skill Competencies described by Moody (2013) (Figure 4), and aim to ensure that we prescribe all of the suggested movement patterns within each training cycle. I must admit that this was a stumbling block in our first few weeks of training, because some of our players were not proficient in all of these movement patterns. I would expect that adult athletes (of any gender) would have mastered these movement patterns by adulthood, but this wasn’t the case, and we had to go back and teach some of these from scratch in some cases. I bring this example up, not to illustrate an intrinsic physical difference between male and female athletes, but to make a comment about opportunity and exposure. The motor competencies described in figure 4 are not difficult to develop, all that is required is some basic instruction and the opportunity to practice. The fact that some girls within my group were unable to demonstrate basic squat or lunge patterns, doesn’t demonstrate a lack of ability on their part (they are perfectly proficient now), but a failing of the system that they grew up in. 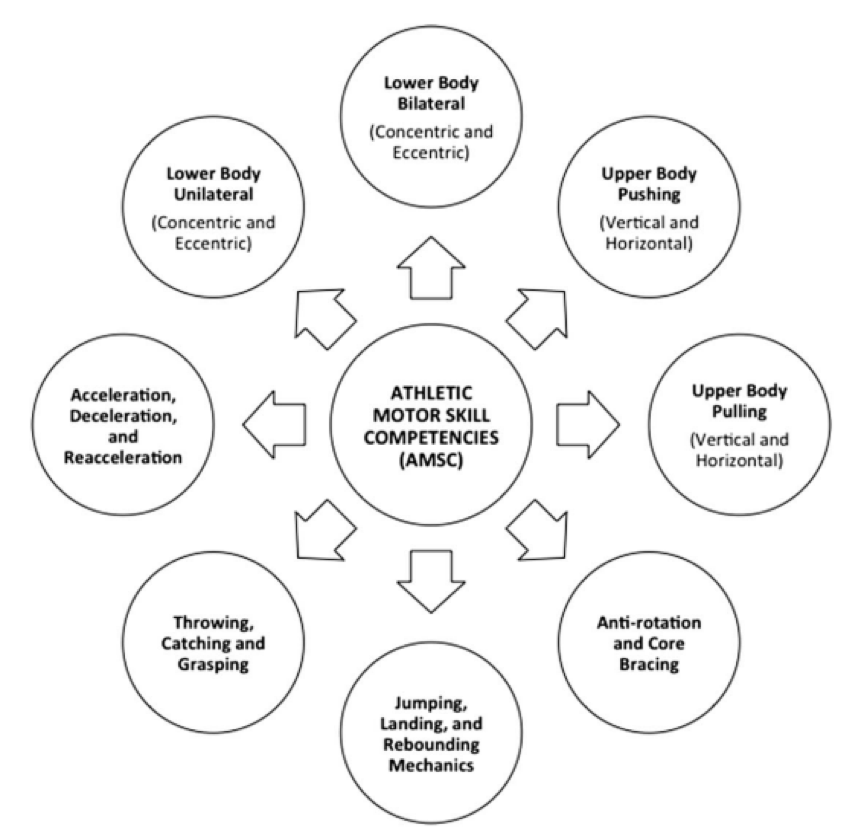 The necessity for the development of fundamental movement skills to support lifelong participation in physical activity was described more than two generations ago(11), and resulted in the conception of participant development models(12,13,14) that have emphasized the need to develop fundamental movement skills at a young age. Despite this, these relatively elite girls clearly didn’t receive this type of training at the age when they should have. I have never come across an age-matched group of males that hadn’t achieved competence in these skills. Perhaps no one ever thought that these girls would grow up to be the stars of an emerging women’s super league, and never bothered to teach them these skills. Whatever the case, its clear that we need to do better. If you are a coach or a PE teacher reading this, please understand the importance of the foundations you lay. Give your girls the opportunity to develop broad based movement proficiency, and then sit back and watch. The world of women’s sport is changing, and the opportunities you provide today could produce some of the stars of tomorrow. 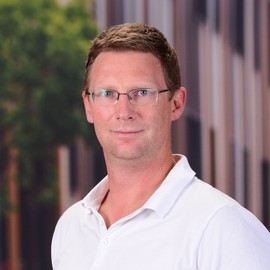